Salter Healthcare was founded by Gershon Salter in 1956. Since its founding, the Salter family has remained committed to meeting the changing health care needs of the community. 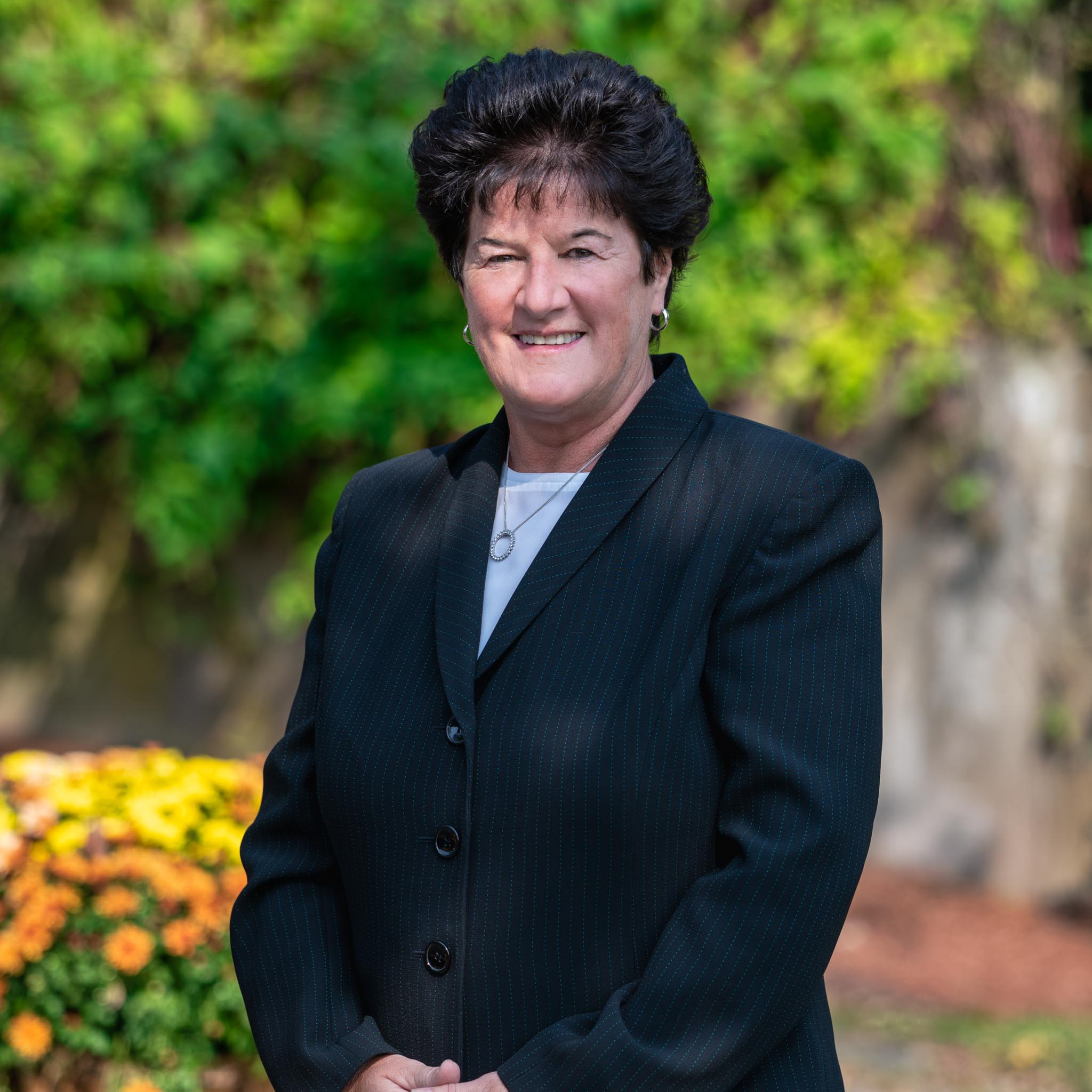 Anne Pelrine is the Chief Operating Officer for Salter Healthcare. She has over 30 years of long-term care, and acute care experience working in operations, administration, sales and marketing, and business development roles. Just prior to accepting her current role with Salter Healthcare, she served as the Executive Director of Winchester Rehabilitation and Nursing Center. Anne has held positions of Administrator and Director of Admissions and Marketing for several Massachusetts-based nursing and rehabilitation centers. She began her Healthcare career as a Community Resource Specialist for Lahey Hospital and Medical Center in Burlington, Ma where she was responsible for facilitating the safe discharge planning of patients to subacute and extended care facilities.  Anne received her B.A. degree in Social Work from Bridgewater State University in Bridgewater, Ma. 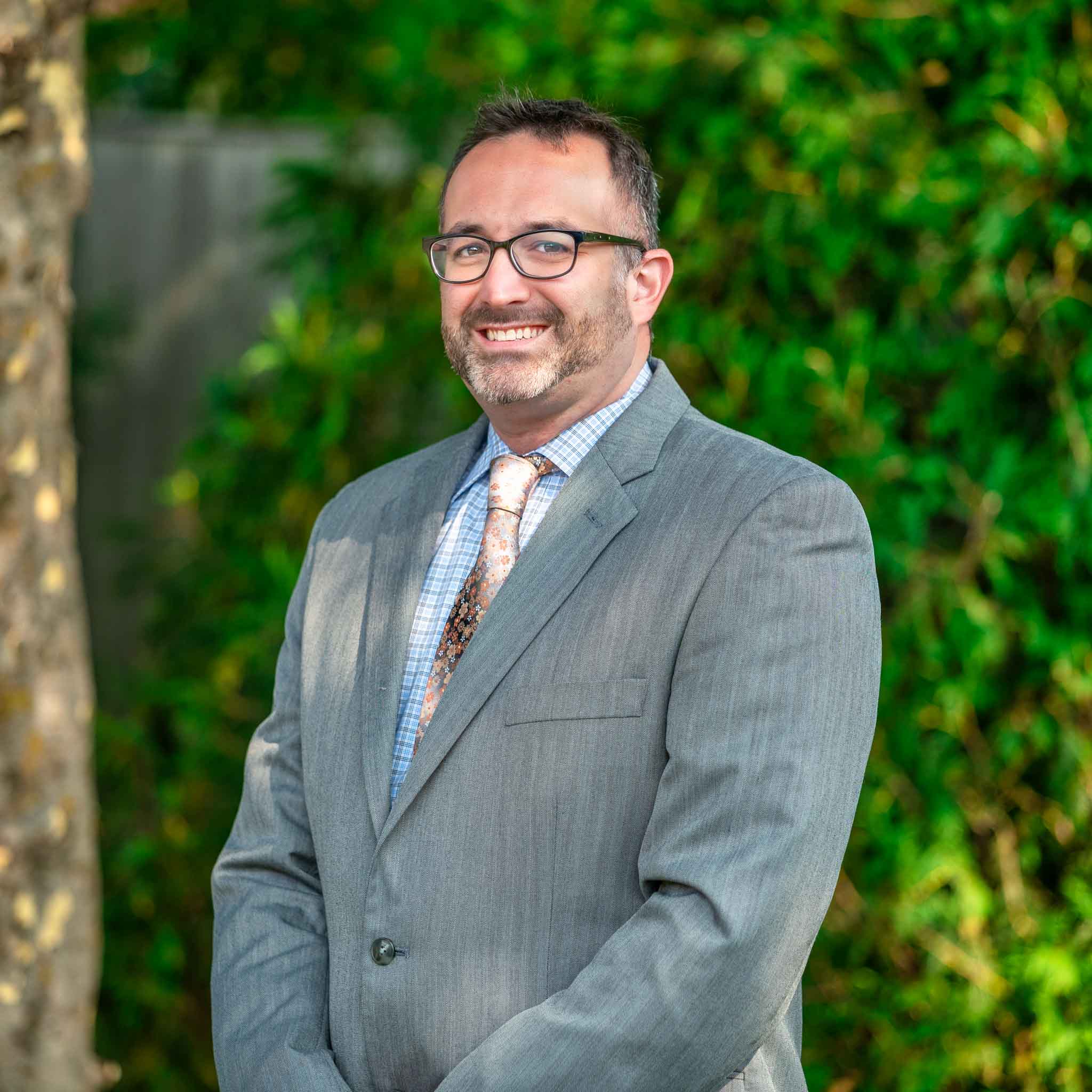 Nicholas Pugliese, B.S., M.B.A., is the Controller for Salter Healthcare. He received his B.S. in Business Administration with a concentration in Accounting from Fitchburg State University and his M.B.A. from Salem State University. Nick has over 15 years of experience in healthcare finance. “Salter Healthcare is unique in that it grants me the opportunity to mentor and develop people for a future in the financial business world”. 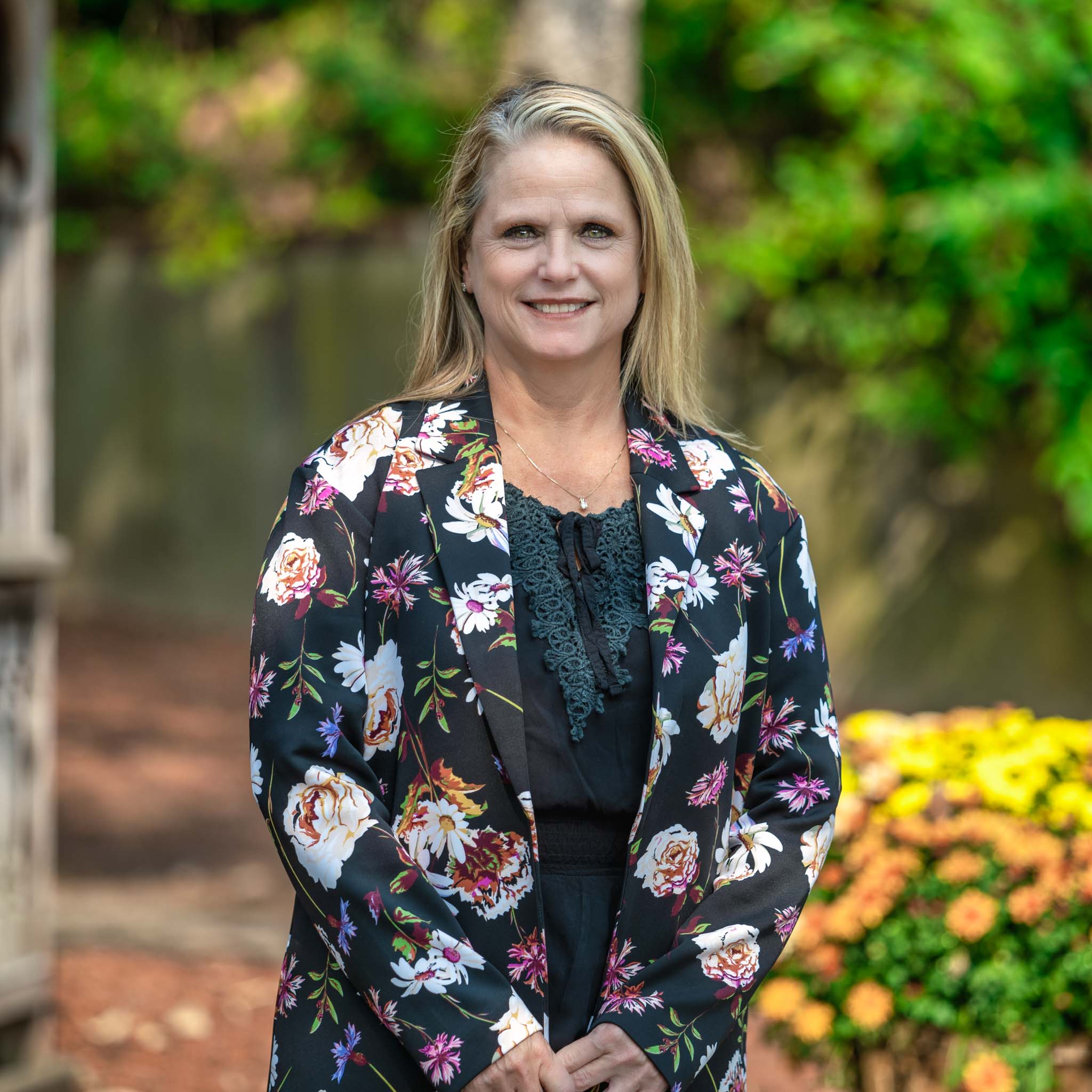 Michelle Minghella, B.S.N./ N.H.A. is the Executive Director of Aberjona Rehabilitation and Nursing Center. Michelle has worked with Salter HealthCare for over 20 years. In that time, she has been a Unit manager, Quality Assurance Nurse and had been the Director of Nurses for over ten years. She holds a B.S.N. from Rivier College in Nashua, NH. She works as a legal nurse consultant for Morrison and Mahoney. 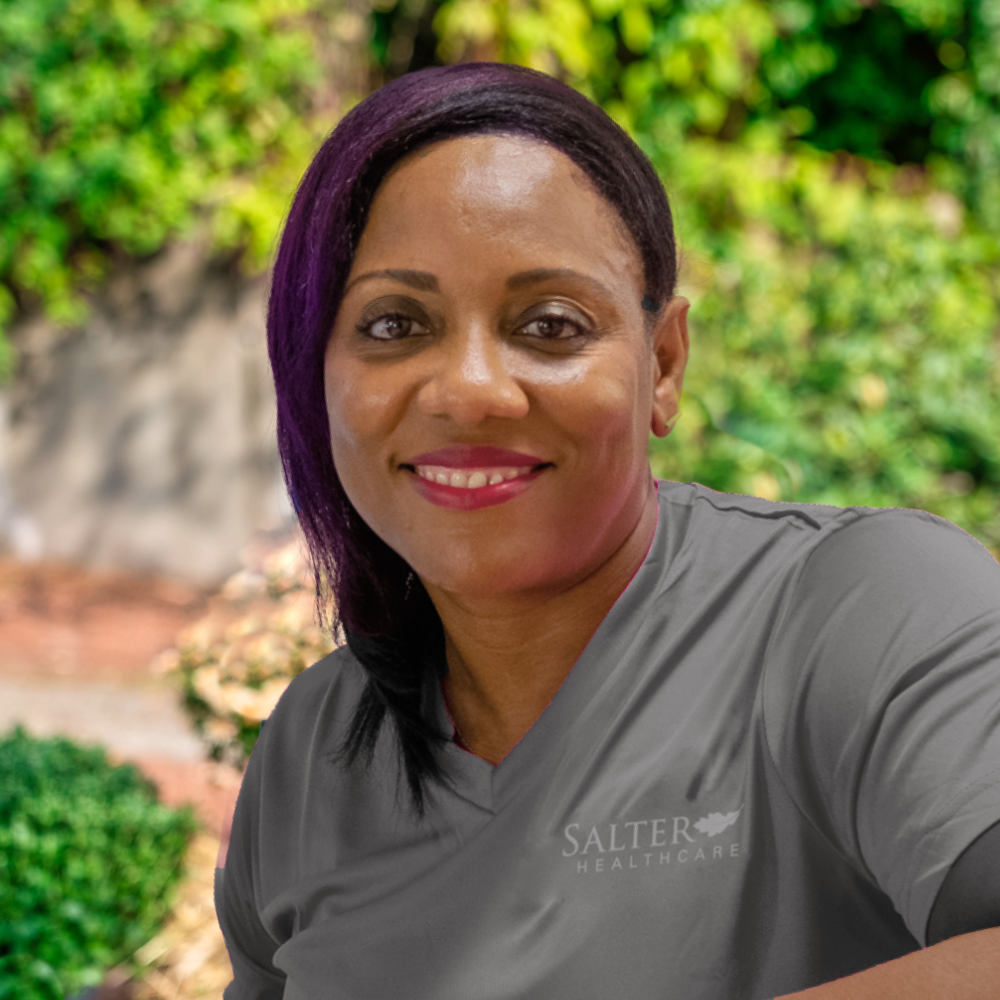 Dina Surpris BSN, RN, Director of Nurses began her healthcare career in 2009, but she joined the Salter Healthcare family as a Dietary Aid at Aberjona Rehabilitation and Nursing Center in 2004. The following year she took a Nursing Assistance Program and started working as a Certified Nursing Assistant (CNA) where she established a personal connection with all her patients. After thoroughly reviewing her choices she decided that nursing seemed to be the profession that encompassed all her strong points and offered her challenges that she would enjoy seeking and accomplishing.

In 2007, she went to Harmony Health Care Institute taking an Licensed Practical Nurse (LPN )program. After graduating from Harmony Health care Institute, she became an LPN in 2009 at Aberjona. While in the field she wanted to take her nursing career to the next level by pursuing a bachelor of science degree in Nursing. While pursuing her bachelor at Salem State University, Dina continued to work at Aberjona where her nursing career continued to progress. She had the opportunity to work as a Staff Nurse, Unit Manager, as well as a Nursing Supervisor. In March of 2018, Dina continued her career path and was promoted to Staff Development Coordinator.  Dina completed training/certification as their Infection Preventionist, which lead to her being named the Assistant Director of Nursing. Dina’s seventeen years at Aberjona have been invaluable in preparing for her next step in her venture with Salter Healthcare.  In December 2020, Dina was offered the leadership position of Director of Nursing.  Salter Healthcare has become Dina’s family.  She is proud to be a part of this privately owned organization that Richard and Robert Salter continue to lead. 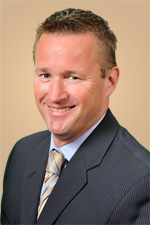 Stephen Buckley, B.S., LNHA, brings over 25 years of healthcare experience to Winchester Nursing Center. Stephen is passionate about working with older adults and is a dedicated long term care professional. With over 20 years of management experience, Stephen has a proven track record in leadership. Some of his accomplishments include national awards, LEAN Process Improvement Conferences presenter, and consistent leadership of 5 star facilities. Stephen is advocate, lobbyist, and political ambassador for the senior care industry. He is dedicated to the greater Winchester community, and has been active in Rotary, Chamber of Commerce, and other community organizations and projects. Stephen holds a Bachelors in Administration from North Adams State College (MCLA), and an Associates Degree in Physical Therapy from Endicott College. 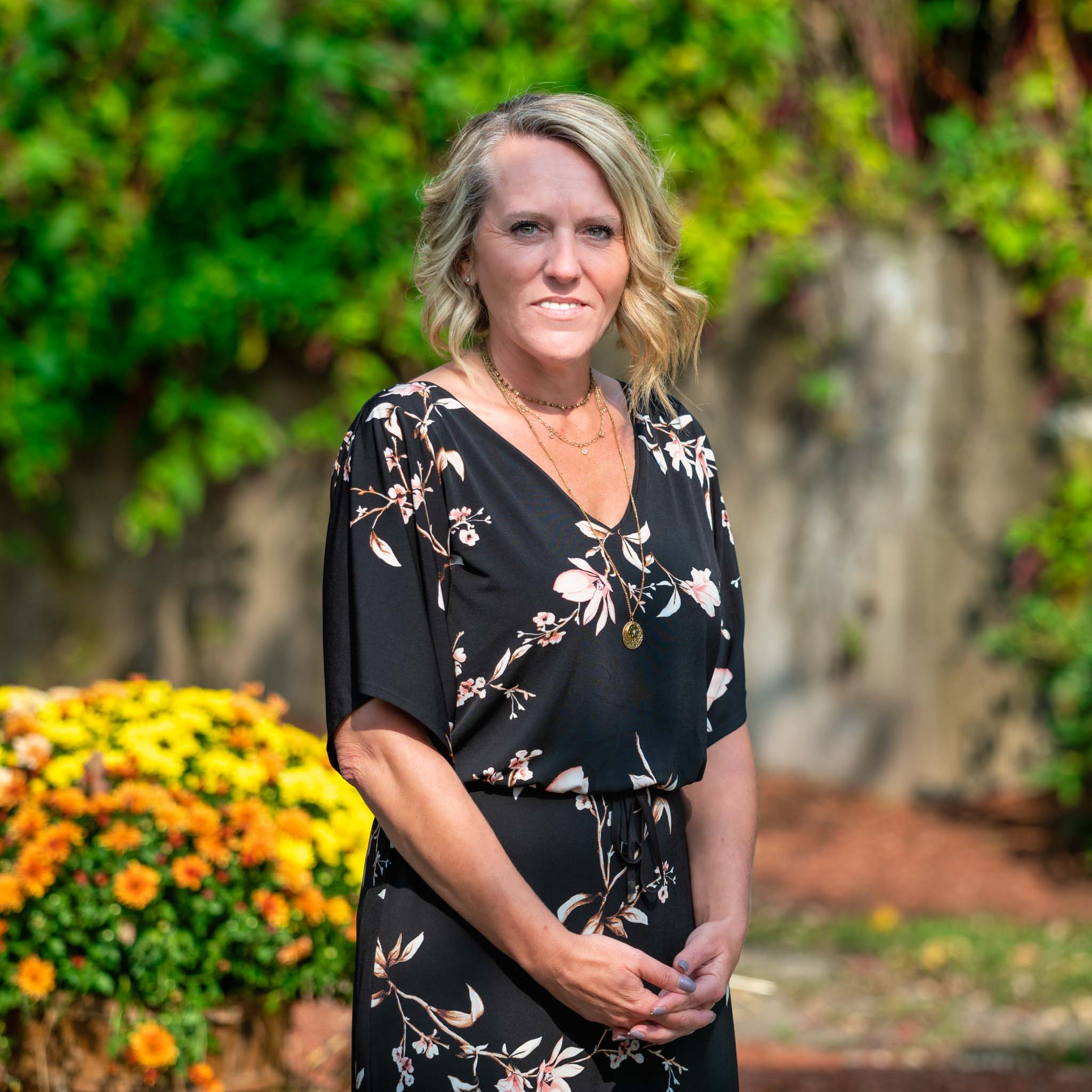 Christine Lilley, RN, Director of Nurses began her healthcare career in 1991 when she joined the Salter Healthcare family as a Certified Nursing Assistant at Woburn Rehabilitation and Nursing Center while she was enrolled in nursing school.

Christine graduated from Lawrence Memorial Hospital School of Nursing and Regis College in 1993.

While attending nursing school, Christine continued to work at Woburn for seventeen years where she climbed her career ladder in nursing.  She had the opportunity to work as a Staff Nurse, Unit Manager, MDS Nurse, Nursing Supervisor and Case Manager.

In September of 2010, Christine continued her career path with Salter Healthcare at the Aberjona Rehabilitation and Nursing Center.  She started out as the MDS Coordinator and was promoted to the Assistant Director of Nursing and Quality Assurance Nurse.

Christine’s development at Salter Healthcare was invaluable in preparing her for the next step in her career. In August 2018, Christine was offered the leadership position of Director of Nursing at Winchester Rehabilitation and Nursing Center, her current role.  Over the past twenty-nine years, Salter Healthcare has become Christine’s family.  She is proud to be a part of this privately owned organization that Richard and Robert Salter continue to lead. 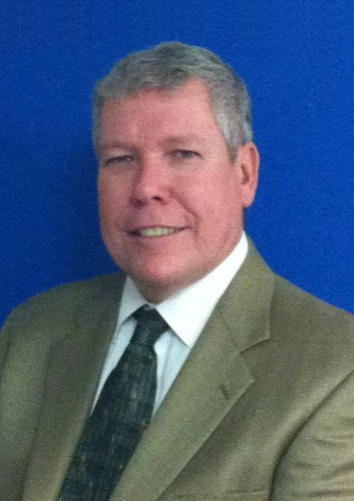 Daniel Burns, LNHA, holds a Bachelor of Science Degree from Bentley University in Business Management.  He has been a Licensed Nursing Home Administrator for 18 years.  His focus is on improving the Customer Experience for Nursing Home residents.   He was an invited to speak at the American Health Care Association’s Quality Symposium in San Antonio, TX, on the topic “How to Improve Customer Service in a Nursing Home.”

Daniel Burns has managed Nursing Homes that have won the American Health Care Association’s Silver Quality Award and a state Quality Improvement award.  He was also a regular contributor to the radio show “Mind Your Business”, a show focused on business and Health Care related subjects for seniors.

He has spoken numerous times at senior centers and local civic groups on navigating the Health Care system for seniors.  He looks forward to leading the great team at Woburn Rehabilitation and Nursing Center. 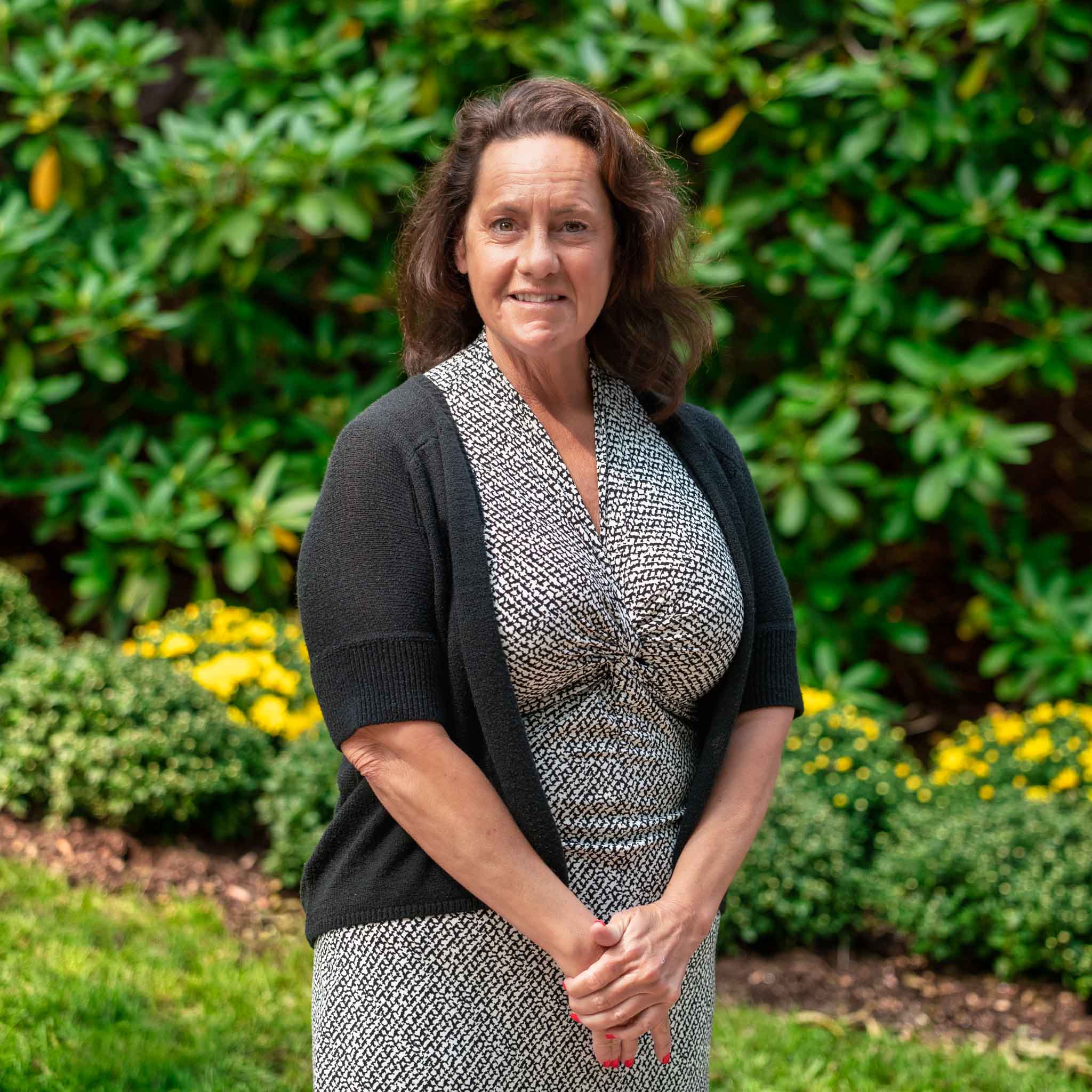 Kathleen Legros, RN, Director of Nursing, has been in the field of nursing in long term care since 1993. She holds an Associate of Science in Nursing degree from Lawrence Memorial Regis College. Her long term care career spans 27 years where she has led clinical operations in a variety of subacute positions, and with direct oversight as the Director of Nursing for the past 7 years. She is a detail oriented professional with proven accomplishments in strategic planning and innovative program development and the ability to develop synergistic high performing clinical teams.

Leadership in HealthCare Since 1956